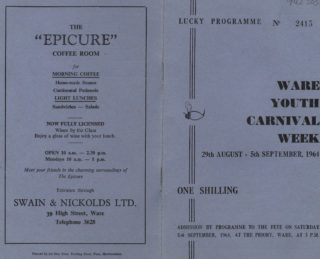 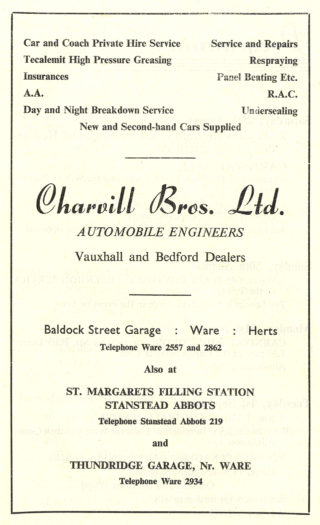 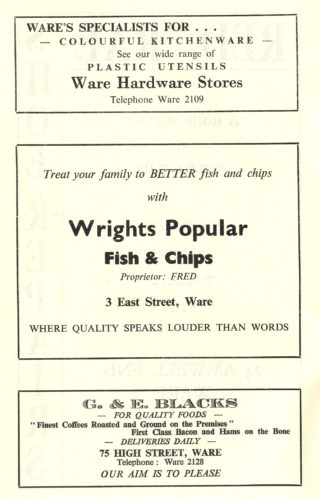 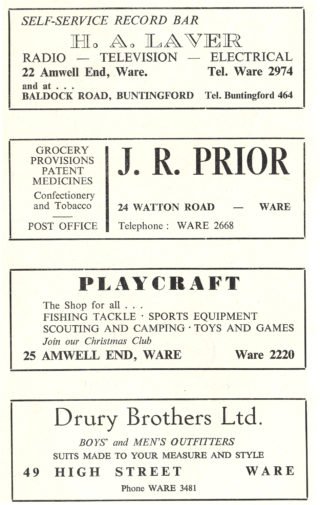 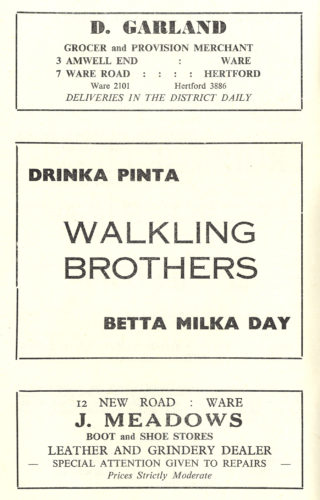 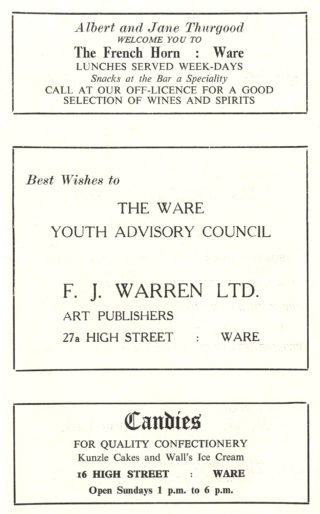 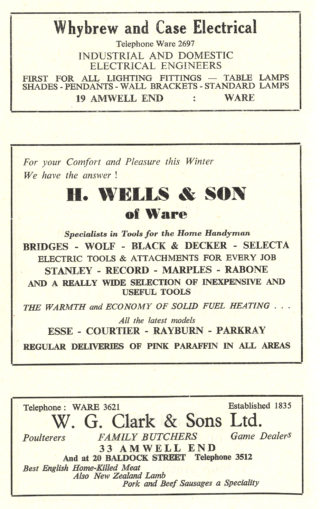 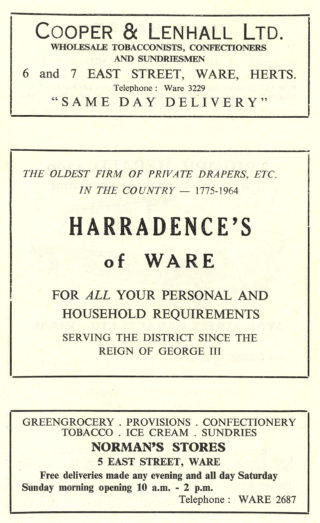 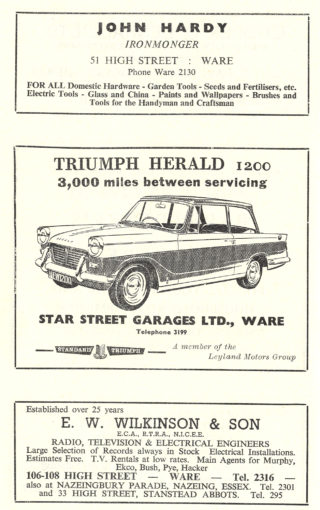 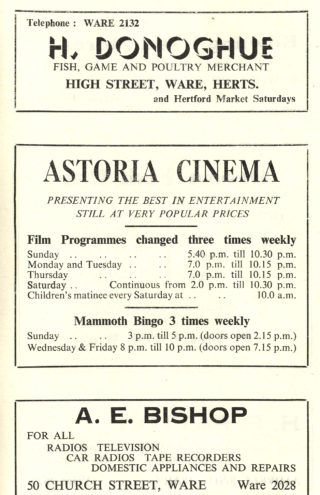 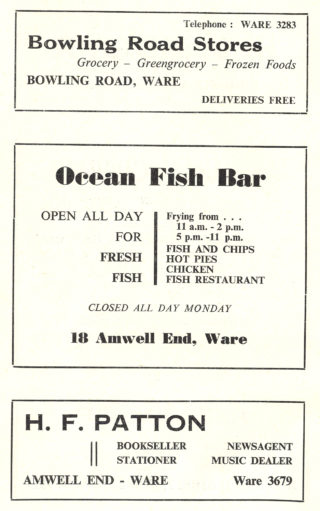 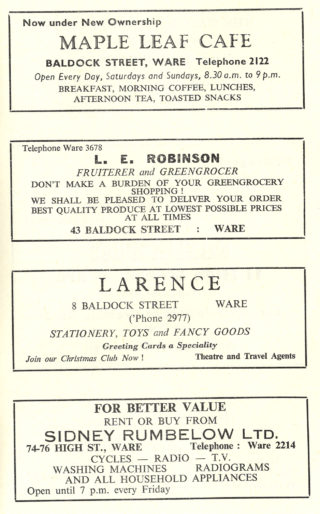 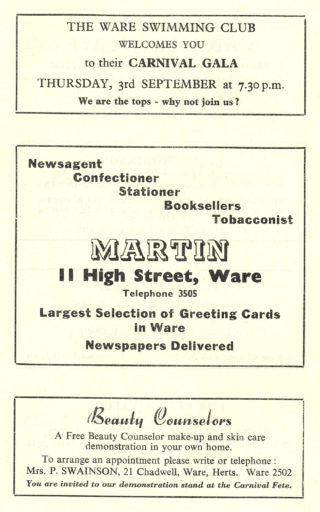 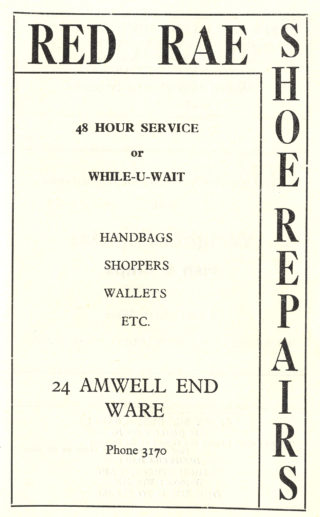 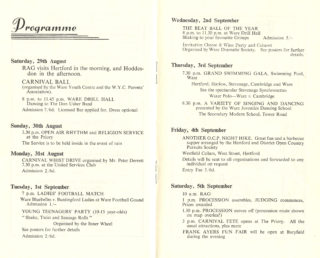 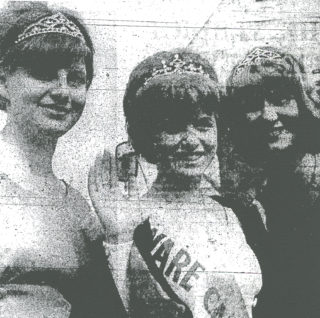 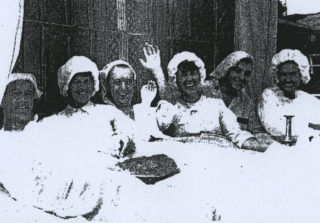 Ware Dramatic Society in the 'Great Bed of Ware'

Celebrations included a carnival ball in the Drill Hall (dancing to the Don Usher Band), an open air rhythm and religion service, a ladies football match, a ‘young teenagers’ party (called Shake, Twist and Sausage Rolls), The Beat Ball, a night hike, the main the carvival procession, a fete at the Priory and a fun fair in the Buryfield, courtesy of Frank Ayers.

Of all the businesses advertised, only a few remain in 2013 – Laver and Red Rae in Amwell End; Wrights Fish & Chips in East Street and Martins the newsagent.  Do you remember them?

The ladies’ football match was won 5-1 to Ware; a hat trick was netted by Shirley Gardner and her sister Pauline scored the other two.

Anne Moore, aged 16 of Cheyne Close was chosen to be carnival queen and is pictured with her attendants, Gillian Barr and Elizabeth James.  Over the week, £300 was raised.