The cost of calling out the tender 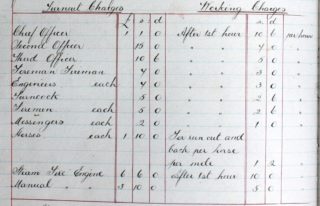 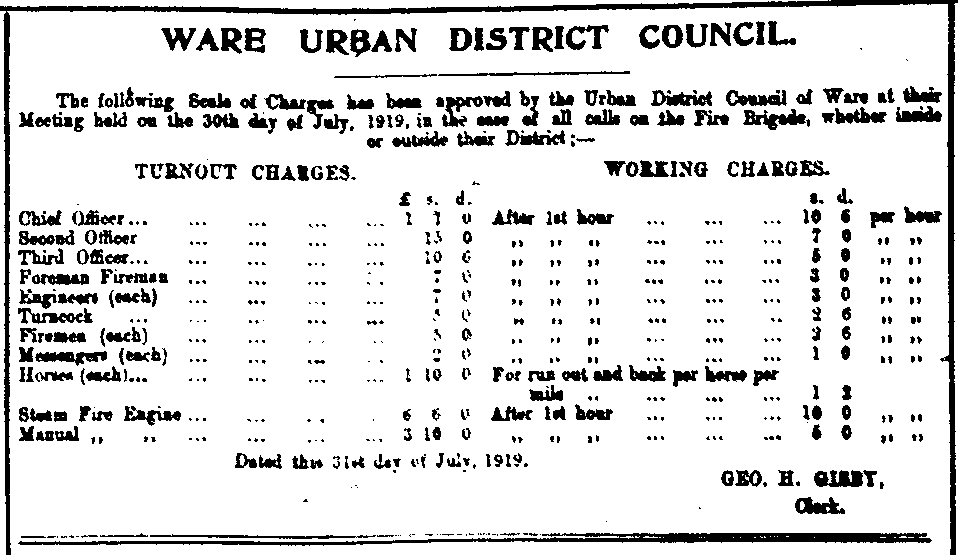 On the 30th July 1919 there appeared in the Ware UDC minutes a report from the Captain of the Fire Brigade after they attended a fire at St Edmunds College.

The steamer was not required on arrival and a claim for expenses of £12.13s.0d were submitted.

Mr A Chapman reported on behalf of the Fire Brigade committee that they recommended the following increases in the retaining fees and scale of charges for the attendance at fires:

It was unanimously resolved the recommendation of the committee be adopted and the revised scale of charges advertised in the local press.