You are here: Home>Topics>When Ware Fed the World

When Ware Fed the World 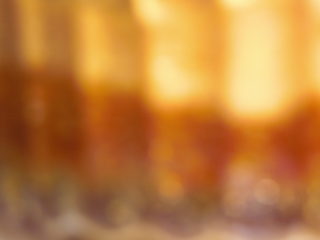 An amazing, recently discovered, early colour photograph of a vein of treacle 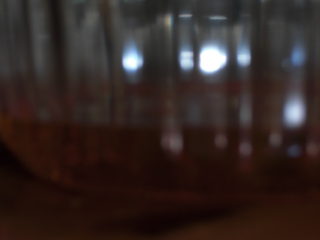 An ancient photograph of a Trinidadian molasas lake

It is strange to look at the by-passed dormitory town that Ware has become and realise that it was once a major contributor to the economy of the British Isles. In bygone days, the name of Ware, or more accurately, Wareside, was renowned throughout the land, and beyond our shores, to the furthest reaches of the Empire.

By a quirk of geological circumstance, Wareside is situated over a rich subterranean field of solidified and hardened treacle. This is an extremely rare natural phenomenon; the only other similar deposits to be found anywhere else in the world are the molasses lakes of Trinidad.

Geologists believe that the Wareside vein was formed during the Cainozoic period. Primeval vegetation, probably the distant forebears of the Field Maple and Acer Pseudoplatanus – so common today, were toppled and compressed into the earth’s surface by the folding of the continental plates. This was the same violent process which threw up the Alps and the Pyrenees.

Nobody can be certain when these rich lodes were first discovered. There is archaeological evidence to support the theory that primitive man, many thousands of years ago, had tapped the more accessible veins of this ‘food from the ground’. However, it was not until the late 17th century that the full value of the deposits was realised; not only for its nutritive qualities, but also for its commercial potential.

By the early 1800’s, the Wareside Treacle Company had developed a full scale mining and refining operation, and had practically monopolised the treacle market at home and abroad. At the height of it’s success, the Company’s product was canned and exported wholesale throughout Europe, Africa and India. It was in the ‘dark’ continent of Africa that Wareside Treacle really made it’s contribution. Popular with the pioneers and expeditionary forces, the tins from Ware soon found favour with the indigenous population, and brought them much needed dietary supplement. The taste for sweet foodstuffs is still manifest today among those with racial origins in Africa.

During the 19th century the Wareside mining industry brought a new prosperity to Ware, previously, Just a secondary stopping-place on the London to Norfolk route. A new community developed on the east side of the town, and much of it’s architectural legacy remains today. From what little information is available, it seems that the mines had unusually good industrial relations and safety record. The community spirit and the nature of the face workers jobs ensured that they had a propensity to stick together.

It is remarkable that no major accidents happened at the Wareside mines. This is almost certainly because the veins of solidified treacle were found in pockets between extremely firm bed-rock. The only serious problems in the mines were caused by seepage, when the mining activity altered the stresses on the deposits and increases in ambient temperature caused the treacle to flow. During the summer of 1928, seventeen face workers were cut off from the access shafts for nearly two weeks by one massive flow.

Fortunately, they had ventilation and, of course, a more than sufficient supply of sustenance. The local newspaper reported that the miner’s teeth suffered terminally from the experience, and that a local firm offered them an early form of false teeth.

The Don Howe Coachworks, then situated on Widbury Hill, were marketing a new product formed from Bakelite and fibre under the trade name of ‘Wareite’. Probably as a publicity exercise, the miners were given upper and lower sets made from this new substance. If any of these false teeth are still in existence, or even in use, they would be extremely valuable collectors’ items.

It was a sad day for Ware, and as it transpired, for Britain, when the Wareside treacle mines closed on the 14th January 1924. The mines eventually became, what these days would be called, economically unviable. What a difference a fully productive mine would have made to food supplies during the Second World War.

Much of the mining gear was sold off, and what remained suffered from the ravages of the elements and souvenir hunters. Nevertheless, some traces of the old workings can still be found upon the hills overlooking the Ash valley. Those readers Interested in Industrial Archaeology might care to explore the tracks and footpaths in the area of the appropriately named Newhole Farm in order to satisfy their curiosity.

How treacle mines have shaped history

FOR as much as our beloved elm trees were decimated by the Dutch elm disease throughout the country, there yet existed some of these in the environs of Wareside.

Rugged pieces of nature’s architecture which probably were nurtured and saved by the subtle ambience of the treacle mines.

Did they not bear witness to the attempt, many years ago, by Ware to invade Wareside, but who were stopped in their tracks by the sight of the physical abnormalities of the treacle mines?

These miners had their tongues permanently stuck to their cheeks and their opposite eye had a peculiarly sly wink.

However, I understand that the treacle was really mined in slabs, some of which bore the fossilised remains of thieving schoolboys.

Surely, the only statue that should be erected is a gigantic toffee apple with an encapsulated grain (the size of a mustard seed) which is all that remains of those fabulous mines.