You are here: Home>Topics>Hertford and Ware Local History Society>Thomas Smith: An Architect of Note>Thomas Smith 1798 - 1875 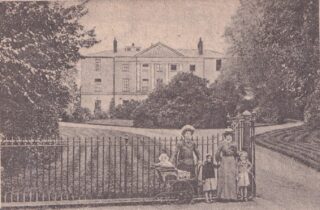 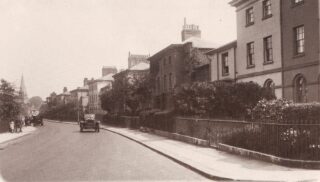 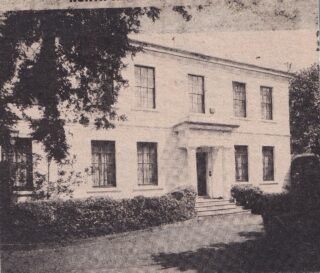 Thomas Smith was born on 7 November, 1798 to Mary and John Smith at Newington Butts, London where his father worked as a surveyor. The family moved back to Maidstone, where it had previously lived, about 1800 and in 1810 John Smith was appointed County Surveyor of Kent.

Information is lacking about Thomas Smith’s early years. It is not known where he received his training as an architect and more especially why he came to live and work in Hertford. However, he was practising both as an architect and surveyor in Hertford in 1823. Pigot and Co.’s Hertfordshire Directory for 1826 lists him with an address in Fore St, Hertford. By 1832 he was working from his home in North Road, Hertford and had another practice, in the Bloomsbury Square area of London, by 1840.

At the age of 32 Thomas Smith married Elizabeth Bellchambers, a Hertford girl, and they had four children, Elizabeth, Anna, Thomas Tayler and Sarah. Following in his father’s footsteps, Thomas Tayler trained to be an architect and eventually became his father’s partner. Thomas Smith, like his father John before him, was to become a widower with four young children to look after for his wife, Elizabeth, died in December 1840. She was buried in St Andrew’s churchyard but there is no trace to be seen of her grave today. Sometime later Thomas Smith had a simple white marble memorial tablet fixed to the the west wall of the north transept of the Church. The tablet was carefully refixed in a similar position when the new church was built and it can still be seen.

Eighteen months after Elizabeth’s death, Thomas Smith, now 44, married Charlotte Malié Richardson, of Cheltenham who was twenty one years his junior. They had three sons, including Urban Armstrong who later succeeded his father as County Surveyor of Hertfordshire. Thomas and Charlotte continued to live at North Road House until c1870.

North Road House is an early 19th century stucco villa built in the Greek revival style. Nicholas Pevsner, the architectural historian, suggests it was probably erected about 1825 and its Classical revival style makes this a reasonable assumption to make. It is possible that Thomas Smith remodelled an existing brick building by applying the stucco and Doric style porch. This, however, is pure conjecture.

The grounds were large, approximately five acres, which Smith was able to double in the early 1840s. The grounds included a ‘pleasure’ garden where there were ornamental bridges over the River Beane and a folly in the shape of a Norman tower and gateway. Today the area is largely built over but the folly remains in the grounds of a sheltered housing complex.

Thomas Smith took an active interest in parish affairs. He became an overseer in 1831 and one of the three parish Surveyors in 1834 for St. Andrew’s. Th e Vestry Minutes also record that in 1838 Thomas Smith was elected a Churchwarden for one year. However, he appeared rather reluctant to fulfil his duties as the Vestry had to minute that:

Mr Smith be compelled to take the office and that the necessary steps be taken for such a purpose.”

The matter did not rest there for, at the end of his year, Smith was in conflict with Vestry again but this time over his refusal to reinstate a pew which he had altered to suit himself. Smith declined to comply with this simple request and it was left to the Churchwardens to take the necessary steps to put the matter right.

Pressure of work forced Smith to resign this post in 1854. Therefore it is curious that he should consider applying for a similar post with the County of Essex in 1857 and, only two years later, for the post of County Surveyor for Norfolk. Pressure of work had not, it would appear, slackened off and one may well wonder if it was a ploy by Smith to get introductions to future clients.

Smith did not apply for the Essex post giving as his reason his loyalty to the Magistrates and Justices of the County of Hertfordshire. There are no grounds to doubt Smith’s sincerity on this point.

It was a very different matter, however, with the Norfolk post where he was soundly beaten in the first round receiving only one vote from the interviewing magistrates. He wrote to the Marquess of Salisbury stating that had he been appointed he would have placed his son, Thomas Tayler, in Norwich to deal with everyday matters leaving him to attend to the major items as they arose.

In the 1850s Thomas Smith was commissioned to design villas and Anglican churches on the Continent, in France at Cannes, and also in Italy and Germany. The Cannes area had become very popular as a winter resort with the result it was known as “the hospital of all the world and the flowery cemetery of the aristocracy of Europe.”

The highlight of his career was undoubtedly winning the competition to design Christ Church in Naples for the Anglican Community. Twelve well known architects were invited to submit designs and Smith’s was chosen because it was judged to be “simple, elegant, decidedly English in character……capable of modification”.

In 1852, Thomas Smith saw an opportunity to further his architectural business when he became aware of the imminent separation of the Board of Works from the Department of Woods and Forests. Realising that the latter department on the break up would be without an architect, Smith wrote to the Marquess of Salisbury advising him of the position and, at the same time, suggesting that the Marquess might put forward his name for the post. What transpired is not known but the Marquess politely informed Smith that he would see what he could do.

Smith was appointed in 1851 as Surveyor to the Marquess of Salisbury a position which he held until his death in 1875. This involved the maintenance of property on both the London estates and dealing with Lord Salisbury’s agent, John Dagg. There are, in the agent’s books at Hatfield House, records of their meetings and of the work which Smith carried out. He was not paid on a percentage of the cost of the work done but received an annual retaining fee which, in 1856, was £100.

In 1853, Smith became involved in the building of the Militia headquarters at Hatfield on land owned by the Marquess and leased by him to the county. The headquarters remained in Hatfield for about twenty years or so before moving back to Hertford where many Hertfordians felt that it should have been located in the first place.

In 1842, Thomas Smith was elected a Fellow of the Royal Institute of British Architects. His application for membership was supported by W. Mcintosh Brookes, James Noble and George Smith who was the architect for the Town hall, St Albans. Smith was admitted a Fellow against the signature of the eminent architect John Buonarotti Papworth.

There is no trace of Thomas Smith ever having been an Associate member before his election as a Fellow and there is doubt about his use of the affix of M.I.B.A. on the memorial tablet to his wife in St Andrew’s Church. Assuming that it stood for Member of the Institute of British Architects it is affix not known to the Institute. Smith allowed his membership as a Fellow to lapse in 1868.

Despite his busy professional life with a large practice, Thomas Smith found the time to act as honorary architect to the Hertford Building Company which was formed, in 1859, for the purpose of improving and erecting dwellings for the labouring classes.

Smith was a dedicated Conservative supporter and took an active interest in political matters at both local and national level. In 1835, he pledged his support to the Lords lngestre and Mahon at the election and declined the solicitations of Earl de Grey’s eldest daughter, Lady Fordwich, to support William Francis Cowper. Smith, fearing he had offended the Earl and thereby losing a patron, sought the help of the Marquess of Salisbury to smooth matters over. The Earl, in reply to Lord Salisbury’s letter, said that he would never expect a man to break his promise and respected a man more for having kept his word.

lngestre, Mahon, Cowper and Thomas Smith were all members of the Hertford Masonic Lodge formed in 1829. Amongst the Lodge’s first members was Thomas Smith who was also appointed Master of Ceremonies. In September 1831, he became Inner Guard and in the November of the following year Junior Deacon. Smith attended all Lodge meetings in 1829 and only missed four in 1830. After 1831, however, his enthusiasm seems to have dwindled and he finally resigned from the Lodge in 1838.

In later years, Smith involved himself with local politics becoming a Tory town councillor in.1863. In 1868, he became the Mayor of Hertford and also the Returning Officer at the election in that year when his friend, Robert Dimsdale of Essendon Place, was elected M.P. for the Hertford Constituency. At the end of his term of office as Mayor of Hertford he failed to be re-elected as councillor but he reminded the voters “that he might be more successful next time”. His prophetic remark came true when he was re-elected in 1870.

Smith’s private work included hospitals, churches, cemetery chapels, schools, housing, poor law work and a prison, while as County Surveyor for both Hertfordshire and Bedfordshire his work involved bridge building and repair and also responsibility for the care and maintenance of County buildings, including the Shire Hall in Hertford.