You are here: Home>Places>Ware Places>A GAZEBO ON THE RIVER LEA

A GAZEBO ON THE RIVER LEA 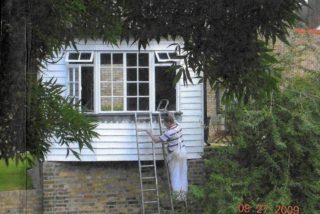 The intrepid painter on his ladder
Rosie Bolton 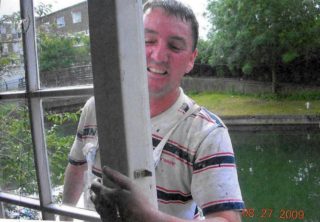 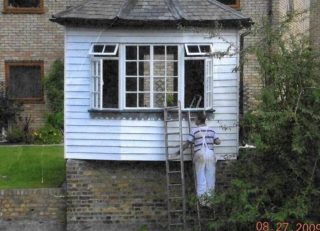 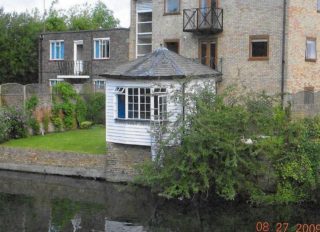 The gazebo in its setting
Rosie Bolton

The gazebo on the canal bank, owned by Rosie Bolton, is the first one to see past the Saracen’s Head.

An original, and not a modern copy, its superb condition today belies the fact that, approximately 5 years ago, it was in danger of slipping into the river. This was prevented by ‘jacking up’ the structure and consolidation of the canal bank to prevent further movement.

Situated where it is, even painting the exterior presented problems, which were overcome by the decorator being willing to work from a long ladder stood on the canal bottom.

I am grateful to Rosie for lending me photographs from the restoration.