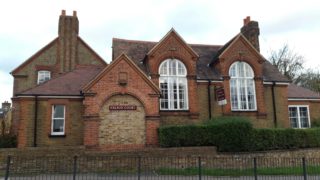 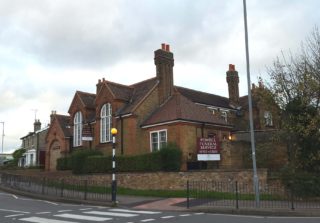 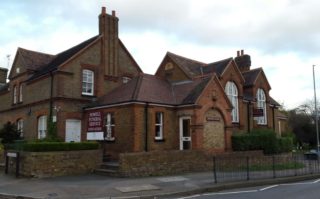 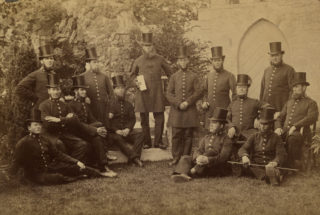 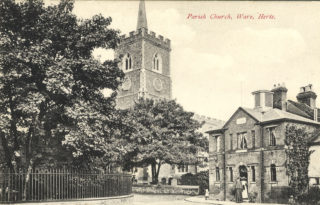 Hertfordshire’s first professional police force was formed in 1841 and Ware’s original lock-up stood by St Mary’s Church where the memorial gardens are.

In 1880, a piece of land in Watton Road was purchased for a new court house and police station and building began in 1881.  It was finished in 6 months and contained a magistrate’s room, offices and four cells.  The Ware Division covered Wareside, Hunsdon, Widford, Eastwick, Thundridge, Gilson, Standon, Colliers End, High Cross, Puckeridge, Braughing, Stanstead Abbotts, St Margarets and Great Amwell.

In 1882, Henry Harcourt Hyde Clark was Superintendent and by 1906 it was Henry Duke, along with two sergeants and ten constables.  In 1920 it was C H Handley and by 1936, Inspector Percy J Green was in charge.  Reuben Palmer took over in the 1940s.

The station was in use for less than 100 years when it closed.  In 1979, permission was granted to C Powell for use as a funeral parlour, which it still is.  Ware has never had a proper police station since, though there is a part-time one based by the library car park.

On Sat 12 November 1881, the buildings were used for the first time.  The Mercury went into much detail…  “The cells are reasonably comfortable apartments, well lighted and fitted with electric bells, the walls being of great thickness.  The windows and doors in the cells and corridors are some of those formerly used in the demolished county prison at Hertford…the chief fault in the new court is that it is too small…the new buildings have been well and substantially erected by Messrs Scales and Norris of Hertford, from designs by Mr Urban Smith, County Surveyor of the firm of Messrs Smith and Austin of Hertford.”