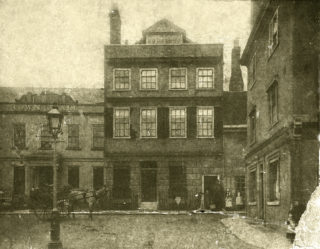 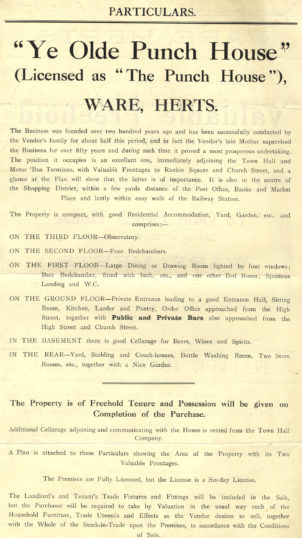 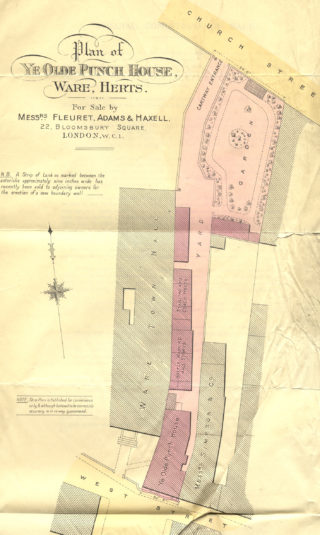 Formerly known as The Bunch of Grapes, the earliest known reference to the pub is in 1811.  It is said to have been built in the reign of William III and was known as The Punch House by 1835.  Although described as ‘newly erected’ in 1811, the present building dates partly from the 18th century.

The room on the top floor was described in 1923 as an observatory.  It was owned and run by the Ellis family from 1811 to 1923.  James Smith gave the following description as it appeared in 1835:

‘One famous place of resort for the elderly gentlemen of that generation was The Punch House, and the landlord of it, Ellis by name was himself a gentleman.  To all outward appearance, it was a substantial private residence, but it had a small bar, a miracle of neatness and elegance at which one but the regular habitues of the establishment ever dreamed of asking to be served; and there was a spacious coffee-room in the rear, panelled with polished mahogany and divided into boxes, where white-headed patriachs used to meet in the afternoon and evening and discuss politics and local topics over their port wine negus or their mulled claret’

According to John Rodgers, a resident who was in his eighties in the 1930s, forty rats were let loose in the landlady’s drawing room which were all killed by dogs.  There was one resident would regularly fill his mouth with live bees and let them out singularly among the customers

Some landlords and ladies