Staying with my Uncle. 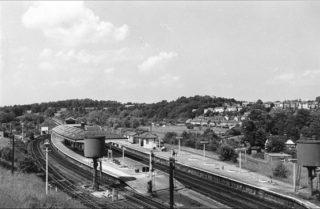 I travelled on the WGC-Hertford line and we always stopped at this station. After 1951 I went up to Stevenage on the train then down to this station by train. I remember the low bridge that the train went under – us children feared that we wouldn’t make it.