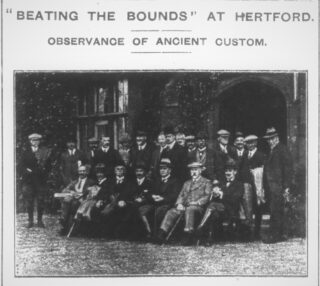 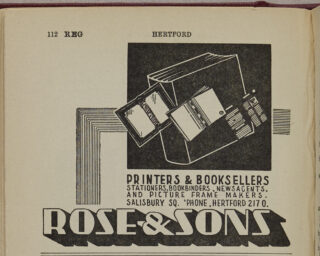 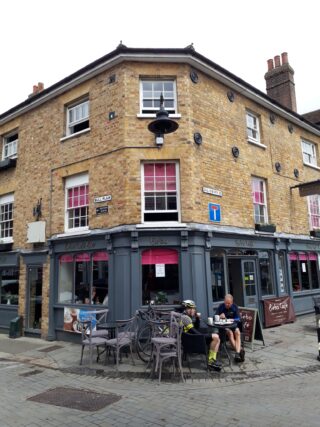 The land on which Salisbury Square in Hertford now sits, has a long history of habitation. It was part of the original southern burgh of the Saxon town, along with what would become Maidenhead and Fore Streets. It was part of an important route from the east, through town up to the Castle. By the 14th century it was known as Back Street to Hertford’s High Street (now Fore Street). By the 17th century good quality timber-framed houses were going up about the town. One of these was constructed on the corner of Bull Plain and Back Street.

With the coming of the train service to Hertford, Back Street changed its name to Railway Street. In 1870 John Rose moved his printing business from Fore Street to this corner plot. Originally from Surrey, he first set up in in the town around 1851, as a bookseller. For the next 30 years John established the family printing business Rose and Sons. He lived above the shop with his wife Elizabeth and a growing family.

By now the Rose & Sons business was a Hertford fixture.

When John died in 1888 his sons took over: Sidney as a printer, bookseller and binder, while Sidney’s wife Emma and his brother Owen ran the stationers and newsagents. By the turn of the century Owen was in charge of the business and his family were living in the rapidly developing Bengeo. By now the Rose & Sons business was a Hertford fixture. The building was known as ’Rose’s Corner’. Owen Rose became part of the establishment, taking part in the Beating the Bounds tradition in 1920. In the early 1930s the beginning of Railway Street was renamed Salisbury Square. The business continued into the Second World War but Owen was now in his 80s, and with the loss of his only son in WWI, the business closed after 73 years on this site.

After World War Two the shop on the corner became a greengrocer and fruiterer. For over 10 years it was owned by Bernard Lawrence Nicholls until his death in 1957. The Cook family, a longstanding Hertford green grocery business, took over for another 12 years. By the early 1980s part of the shop had returned to a newsagent (part of the Martin’s chain), as well as a shoe shop facing Bulls Plain.

By now the building was falling into disrepair and its owners applied for planning permission to re-develop the site in 1983. The plan to remove sections of the interior structure, led to a preservation order being applied to the surviving segments of the 17th century timber frame. The ravages of time and the needs of modern retail led to substantial rewriting of the Historic England List entry for the building, but it retained its grade II listing: “[it] remains of special interest because of its [17th century] timber framing, albeit much modified and reset, and its position with other buildings on the street frontage”.

Over the last 40 years the shop at 1-3 Salisbury Square has had a number of occupants. Now it sits in the centre of the pedestrianised area, a prime place from which to enjoy the history of Hertford.