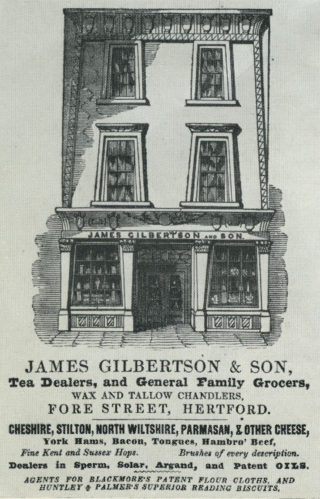 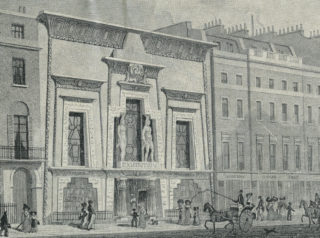 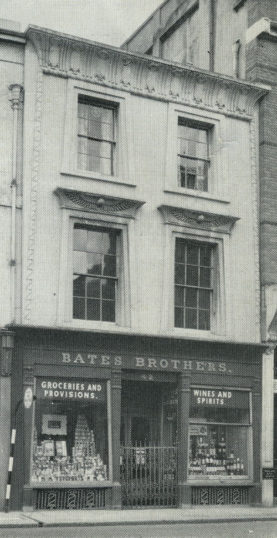 The striking ‘Egyptian’ fronted building at 42 Fore Street was built on the site of the Turks Head coffee house which was pulled down in 1824.  Egyptian revival became fashionable at the time of the Egyptian campaigns in the Napoleonic wars.

The style was given its first expression in 1812 with the Egyptian Hall in Piccadilly, an exhibition space which was demolished in 1905.  By the late 19th century, the shop was owned by Gilbertson and Page who sold game food and dog biscuits.  By 1898 it had become Bates Brothers, a grocer and wine merchant and remained so until around 1967.

In the 60s and 70s, the whole shop front was painted in a bright yellow.  The mixed colour scheme was introduced in the 1980s following the example of a similar house in Penzance.

In 2004 this was replaced by Lussmans, currently a popular restaurant renowned for its good food.