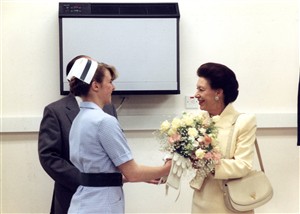 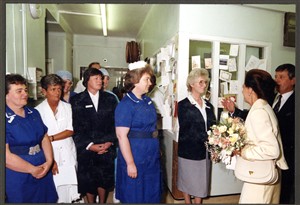 A visit to Princes Ward

During the 1980s, Princess Margaret came to open the new Diagnostics Unit at the Hertford County Hospital. In the picture, she is being greeted by Helen Turner and the man who raised the money to build the Isabel Hospice in memory of his wife.

The visit caused both excitement and some disruption. The Princess’s security team brought in sniffer dogs to check all the wards she would be visiting and operations were suspended.