The remains of St. Mary the Less 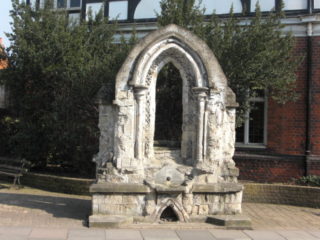 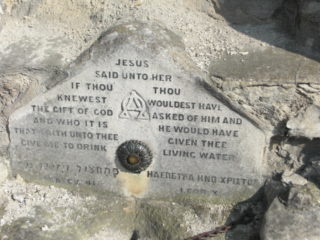 Inscription added when the fountain was created

During excavations for the building of the Library (opened in 1888), these remains of the Church of St. Mary the Less were found and made into a drinking fountain.  The fountain is no longer in use.

There used to be a low wall with an iron railing on either side of the remains but these have been removed.

Note: the Library was opened by A. J. Balfour previously M.P. for Hertford and later Prime Minister.