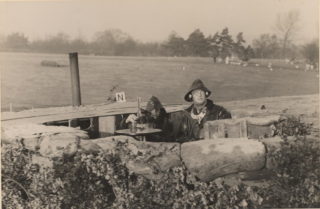 Two men in the post, Stanley Chambers on the right
Zillah Driver 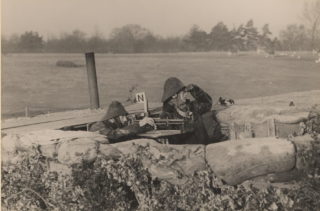 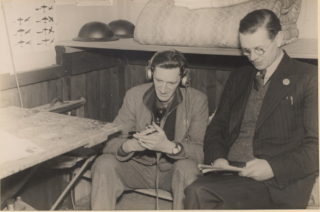 This observer post was at the top of the hill towards Sele Farm on the right where the flats are now.