Letter to a Sister 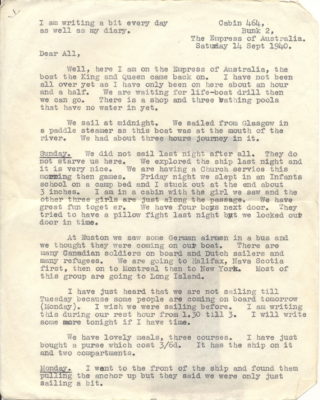 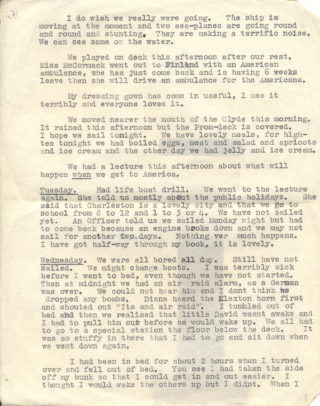 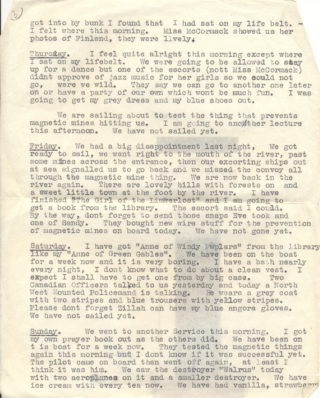 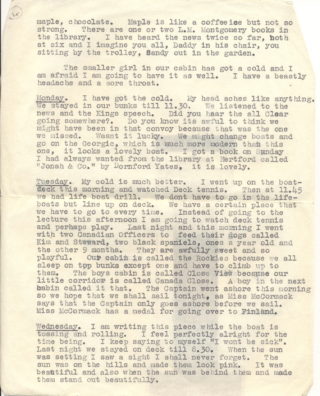 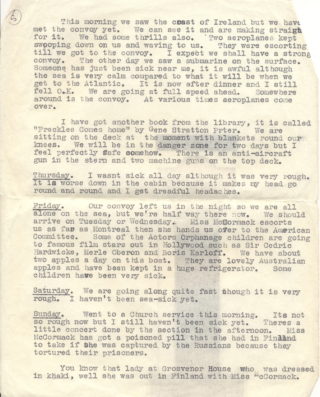 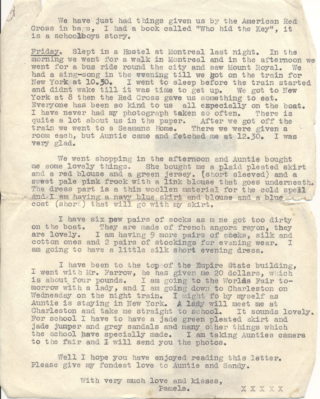 Zillah Driver’s sister, Pamela, was sent to Canada by ship.  The ship spent some time in the Clyde and so missed a convoy which was attacked by u-boats.  Eventually the ship made the crossing and Pamela arrived in Canada.  She travelled to Montreal and then on to New York to meet her Auntie.

The letter was originally hand written and Zillah produced this typed version.