Shameful murder in the heart of Hertford 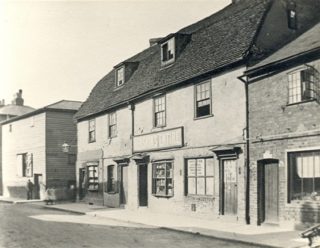 Railway Street - the scene of a grisly crime
Hertford Museum

On the night of 9th March, 1899, an event took place which shocked the nation, and brought no small amount of shame upon our fair county town. A woman by the name of Mercy Nicholls was viciously attacked and allowed to bleed to death in the gutter whilst a crowd of witnesses watched her die but did nothing to help. One man even saw what was going on and simply went back to bed.

A young man of 18 or 19, named John Smith, was seen with Mrs Nicholls (a distant relation, it was later discovered) earlier that evening; they had appeared to be having a friendly conversation. However, sometime between midnight and two o’clock, Mr Smith became distinctly unfriendly. Starting at around 2.20, the cries for help from Mrs Nicholls began to wake up the residents of Railway Street, though as it was a slum area, prone to seeing fights, little was initially made of them. Then a Mrs Davis of No. 13 was woken by a young man at the front door asking for an axe, with which “to chop this woman’s head off” – he then dragged Mercy into the road and lay her in the gutter. Henry Wright, the milkman, stumbled onto the scene with his son, and went to the police station at 3.40, and told PC Robert Sherwood that “there’s a man killing a woman”, to which Sherwood replied that he could not leave the station until PC Langstone (whose beat was Railway Street) returned; and he, it seemed, had abandoned his beat since one o’clock. Whilst Mercy Nicholls lay there, almost completely naked and bleeding profusely from her many wounds, more witnesses gawped at her through their windows but did nothing to help, and Sherwood steadfastly refused to go to the scene until the absent Langstone returned, despite being told several times that there was a woman dying there. Charles Papper, a lamplighter, even seemed to believe that putting out his lamps was more important than helping the poor woman. It was not until 6 a.m. that the police finally arrived at the scene, and Mercy died at Hertford Infirmary at 9.30 that morning with 59 facial stab wounds, a deep cut in the throat, severe bruising on the knees, spine, left temple and chin, ten wounds on her left hand, one on the right which had gone clean through, and two severe stabs in the chest between the ribs. Smith, having left his pocket knife at the scene, openly confessed to the vicious and seemingly motiveless attack, and proudly announced when verifying the scene: “That’s where the Prince of Wales died.”

Mercy herself had at the time been separated from her apparently abusive husband, Samuel Nicholls. Officers Langstone and Sherwood were dismissed, Smith was ultimately declared insane, Mercy had a large funeral and Lieutenant Colonel Henry Daniell (Chief Constable of Hertfordshire Police) was galvanised into immediately creating one of the most efficient forces in the country following the horrific murder, but the stain upon the people of Hertford was unwashable. The Hertfordshire Mercury wrote a disgusted article, asking how “in the midst of a thoroughfare crowded with inhabitants a woman could be brutally done to death without one living human being raising his hand to help her… is the age of manliness and chivalry dead in Hertford?”