You are here: Home>Towns & Villages>Hertford>People>Sale of a Slave in Hertford, 1768 - A boy called Howard 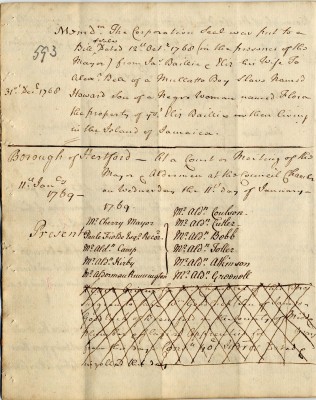