A kids life in Cecil Road. 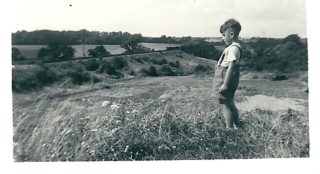 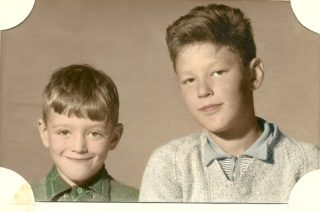 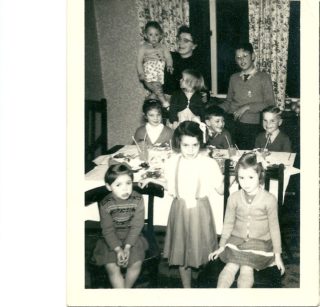 All the kids, not just from Horns Mill, but more from Cecil Road will remember the great experiences we had playing on an area of open land called, “The Pit”. This lay on the Western side of the houses and borderer the railway line, “Hertford North” to London. Over the Pit there were two very large and high earth mounds, the largest was known as the big mountain and the smaller known as the small mountain, this as you may imagine, was a child’s paradise. An extremely large place separated by these two mountains.

Re-enactments from all cowboy and Indian encounters, and also those from the 2nd World War, along with all manner of “Goodies against Baddies”, or two teams were formed and one team would go onto the big mountain and the other to the small mountain, then we would shoot mud balls at each other from the ends of sticks so as to make the mud balls fly further. Often, a number of us kids would go camping between the small mountain and the fence in front of the railway lines, and we used to have some great fun, believe me.

Then between the two mountains there was a flat area which first held a kids playground, swings, sea-saw, roundabout, slide, etc. but by my time in the Pit, this was in bad disrepair, so we kids made our own entertainment. This was to prove very popular with the organisational skills of Mrs Medland, who lived on the corner of Cecil Road & Purkiss Road, No.76 I think. Mrs Medland got all us kids together and run some very interesting ideas by us, and then it was agreed, we would start by clearing the long grass and brambles from the flat area of the Pit and make that area a football pitch and a cricket pitch too. It took a lot of hard work and a lot of sweat, but eventually, we got the area as we liked it.

It was only a matter of time that cricket matches were arranged between Horns Mill and Hertford Heath & then the return match was played. Would you believe it, us kids had to walk from Horns Mill to Hertford Heath and back with all the equipment. On occasions, I would climb to the top of the small mountain and watch the trains come through and sometimes I saw the “MALLARD” come through too, and it looked very modern and posh.

The period approaching Bonfire night was also very exciting as all us kids would beg steal or borrow all manner of wheeled contrivances, then a group of kids with each of the barrows would push it along knocking on all the doors asking for any old furniture, mattresses, paper, etc. and take any orders to return when a wardrobe would be ready for collection. All the carts and barrows met over the Pit and sorted out the stuff for the bonfire. The big lads did all the building and some of the little ones were used to get inside and pack the bonfire out with newspaper and the like. The night of the 5th of November was always a spectacular night for us kids as we would invite the whole of the street and Horns Mill along to the bonfire, then at the prescribed time the fire would be lit, the fireworks set of by all the family groups, and when the fire had died down people would toss in potatoes either in silver foil of just caked in mud to bake for a while. All good fun really.

We also made great use of “Granny Walkers Wood”, never knew why it was called that, but never mind.  “Granny Walkers Wood” is situated about 300 Yards South of the Horns Mill estate, on the Western side of Brickendon Lane. Known to the kids as Grannies, we would ride our bikes round the wall of death as we called it, It was supposedly a crater left by an exploding WWII bomb. We would also construct camps with interwoven wooden branches, all woven together, we would construct the 4 walls, and the roof. With the roof, we would make it strong and well interwoven with smaller branches. Erect the 4 walls and tie them together, then place on the roof, cover the roof with plastic and then lay on cut turves to hold down the plastic and assist in camouflaging the roof. When properly constructed, one could walk away about 50 paces, turn and look back and have difficulty in spotting the camp.

When I look back and reminisce about all the things us kids got up to we had fun, self made fun, trying not to annoy anyone. Such as the street games we used to play, many of those games I can close my eyes and remember how to play them, but the names of most of the games have been lost to me through the annals of time and a weaker memory. We would have running competitions to see who could run the fastest circuit round the estate, (As it was one large loop). Sometimes two lads who argued that one was faster than the other were given the definitive test. They were stood back to back and the starter would say GO, the two would run the circuit in opposing directions, with the winner being the first to touch the starter. We also played Ting-Tang Tommy, Ginger knock and run, (Great fun but naughty), Woggle, we would organise our own mini Olympics. We all knew when it was time to go in of an evening as our mums would call from the front doors, then in, bath, get your stuff ready for next day school, and bed.

The adults too organised things like I remember that they had organised a bike ride to a place where there was a mass of Blackberries growing. Mums and dads would pile the kids on their bikes, buckets and all and off we set to the Blackberry picking place. What a great time that was too. The adults would lift us kids up high to get the highest or furthest and biggest blackberries, and us kids loved it. We picked so many Blackberries that the buckets were full and us kids ended up totally purple and blue, and as we had eaten so many of the Blackberries, many of the kids had bad stomachs the next day.    Ahhhhh, Happy days!