FIRE AT HERTFORD CLUB IN THE MID 1970S 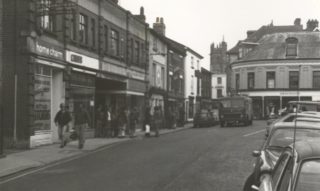 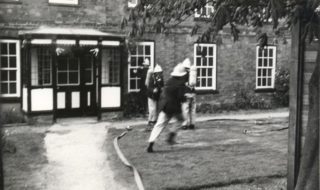 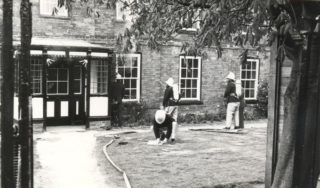 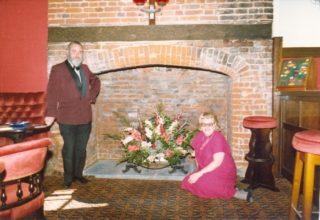 Gerry and Kathie Marsh in front of the newly discovered fireplace

Fire fighters were called to put out a blaze at the Hertford Club in Bull Plain after a fire in c.1974. Luckily no one was in the building at the time.

My daughter Heather and I went down to open the bar and dining room at  5 o’clock as the stewards, Gerry and Kathie Marsh, were away on business in London. The fire engines were still there so we didn’t open that night.

However, despite all the fire and smoke damage, and the drink and cigarettes being ruined, a temporary bar did open for business the following day at the other end of the building.

Some of the wood panelling on the walls had to be removed as it was damaged by the fire and a long-lost original fireplace was revealed. This has subsequently been a interesting feature of the Hertford Club.

Pictured are the stewards by the fireplace. Kathie, who used to be a florist, always put beautiful flower arrangements in the hearth.