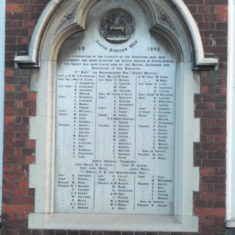 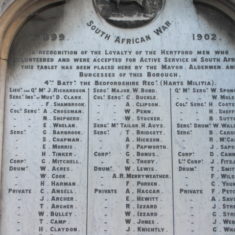 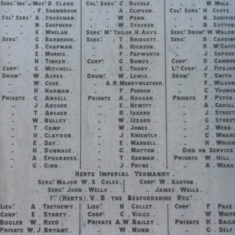 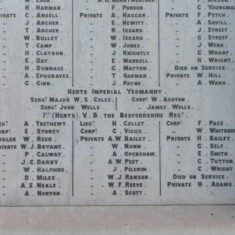 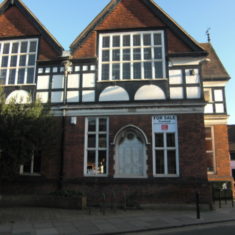 The plaque was erected on the wall of the Public Library in 1903 by the Mayor, Aldermen and Burgesses of the Borough, in recognition of the Loyalty of the Hertford men who volunteered and were accepted for Active Service in South Africa, 1899-1902.

At that time Hertford was a borough.

The names of the men can be read by clicking on the photographs to obtain a larger image.

As can be seen by the last photograph the building is currently for sale, since the library will be moving to a new building, in Dolphin Yard, in the new year.