Edith Maud Bradbeer was born in the village of Codicote on the 10th October 1892, the daughter of Alfred Harrison Bradbeer, 30, a school master from Southampton and Margaret, 32, from Codicote.  Alfred and Margaret had married in 1888.  Two older children, Margaret Louisa and Francis Henry were also born in Codicote whilst Ida Clare and Alfred John were born after the family moved to Weston.

Alfred moved to Codicote to be headmaster of the National School in 1885.  He continued as head when the school became a mixed school in 1892. 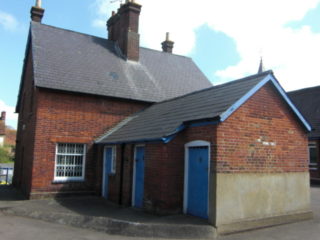 In September 1896 Alfred became head teacher at the Church of England school in Weston1.  Alfred’s salary was £100 with Margaret receiving £20 to teach the lower Standards (I & II.)  The family lived in the school house in Maiden Street rent free.

Edith was a pupil at the school and at the age of eleven was one of five children who received a prize for perfect attendance.  Also she was presented with a Bible for being voted the “best scholar” by the other children at the school.  It was probably at this time that Edith became a monitress.  She later spent two years as a weekly boarder at Hitchin Girls’ Grammar School.  After a brief spell as an uncertificated mistress she trained at Hockerill Teacher Training College, Bishop’s Stortford 2.  On qualifying in June 1914 she joined the staff at Weston where she stayed until moving to Hertford. 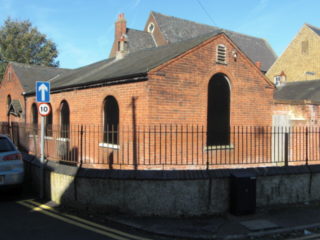 Miss Bradbeer became headmistress at Cowbridge in September, 1923.  She remained head of the school until May 1953 when she retired.  During this time, in 1931 the school became a mixed junior mixed and infants school as a result of a re-organisation of schools in Hertford.  In 1940 the school moved to share the Port Vale building and in 1943 when the senior girls had vacated the building, the school’s name was changed to Port Vale JMI.

The children seemed to have had difficulty pronouncing Miss Bradbeer’s name and called her Miss Brabeer.  Edith lived with one of her sisters, who worked at Longmore Solicitors, in a house in North Road Avenue.  Edith tended to wear blue outfits and her sister wore green so they were known to the children of the area as the “Miss Green Brabeer” and the “Miss Blue Brabeer.”