Appendix 1: The Career of the Admiral 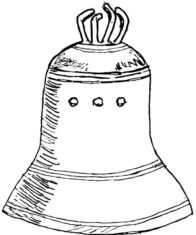 He was born in 1765 the second son of Col. Joshua Gosselin of Guernsey.

1779 He was captured by the French and Spanish off Plymouth.

1780 He was in action in Nth America and the West Indies.

1781 He was at the capture of the Dutch Island of Santa Eustacia and in action against the Count de Grasse off  Martinque and off Chesapeake.

1782 He was in action off St Kitts and off Guadeloupe and at the capture of 2 French Ships of the Line.

1787 He was promoted to Lieutenant with Commodore Cornwallis in the Crown on the East India Station.

1793 He was promoted to command the Dispatch, a brig, and was in the East Indies.

1794 He was with Admiral Cornwallis and assisted with the  capture of a small French convoy off  Belleisle.

1794 He was captain of the Brunswick.  This was an important step in his career. Once you became a captain you could maintain your rank, even in peacetime when you would be ashore on half-pay. You then gradually moved up the promotion list as people died ahead of you. Thus, Thomas became an Admiral after his career at sea was over.

1795 He was captain of the Frigate Diamond (28) and the Syren. This was an important step for financial reasons. Frigates were light and manoeuvrable and were used for escort duty and could chase and capture enemy ships.  This meant there were opportunities to receive rewards from wealthy traders and to gain prizes from captured ships.

1797 He was held up by the mutiny at Spithead, within an hour of the mutiny being settled, he set sail in the Syren to relieve Sir Richard Strachan at Marcouf. He drove a French corvette on shore.

1798 He took charge of a large convoy to the Leeward Islands and was rewarded by the masters of the merchant ships with the gift of a valuable sword.

1799 He was at the capture of Surinam

1801 He escorted convoys to the West Indies

1803 According to oral tradition in the Gosselin family, he was bringing his ship through the channel into Portsmouth where he encountered two French merchant ships. He saluted them.  When he reached Portsmouth, he found that there was again a state of war between England and France.  He turned back and captured the ships.  His share of the prize money was £60,000.

1804 He was flag captain to Admiral Cornwallis off Brest   in the Ville de Paris.

1805 In the Latona (38) frigate He commanded the in-shore squadron off Brest and received thanks from: Admiral Cornwallis, Lord Gardner and Sir Charles Cotton.

1806 1807  He was captain of the Audacious (74) of the Channel Fleet. He went in pursuit of Jerome Bonaparte in the West Indies but his ship was dismasted in a hurricane.

1809 Jan. “His unremitting exertions at the disembarkation of the Army at Coruna brought him public thanks from both houses of Parliament.”( The Times).

He retired through illness and had no further service afloat.

1845 He bought Bengeo Hall from the Byde Family (he had already lived there for some time).

1854 By now he was Senior Admiral of the Red. By tradition, now that the vacancy had occurred for Admiral of the Fleet, it should have been given to him.  However, he was overlooked and the tradition was broken.  He and his family were most upset.

1857 He died and his coffin was borne by his son and son-in-law at a quiet funeral at St Leonard’s. He is buried in St. Leonard’s Churchyard, Bengeo, Hertford. 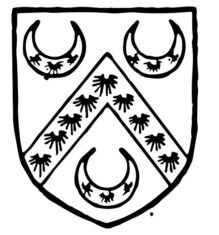 The Gosselin Coat of Arms: Gules a Chevron between three crescents ermine