Diary of his mayoralty of Hertford 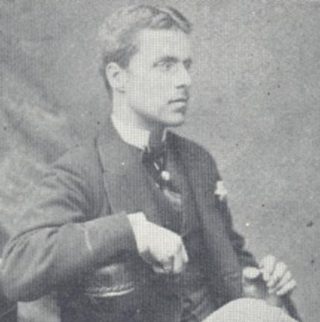 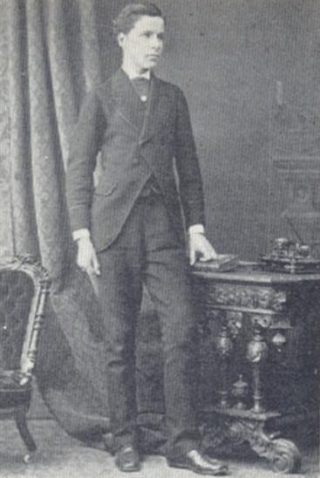 Hellier R. H. Gosselin of Bengeo Hall served two terms as Mayor of Hertford from November 1897 to 1899. He kept a diary and scrapbooks on his mayoralty.

The extracts below show something of the time involved in public duties as he fulfilled not only the office of mayor but also the committee work and his commitments as a magistrate. His aversion to committee work and his impatience with those who talked too much at meetings and other formal occasions come over very strongly. 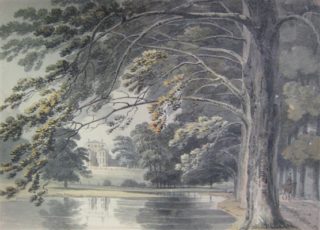 In the afternoon I called upon Mr W H Norris who had kindly undertaken to assist me in the arrangements for my banquet, and settled that the price of the dinner tickets should be 10/6. This would just cover Caterer’s charges – I of course should have to pay for my own guests and for wine for the whole party.

Public Health Committee – Quotations from Messrs Stone and Mr Cooper for the supply of Hydrants were produced. Messrs Stone’s offer was 10% less than Mr Cooper. The latter was a local tradesman and some of the committee thought he should be employed. On a division taking place the majority voted for the local man, thus taxing all the ratepayers for the benefit of one. I hope some day to instil into the wonderful minds of the Corporation that it is not an institution for the support of local tradesmen but that its most important duty is to see the ratepayers’ money is not squandered.

[Gosselin records that on 16 December 1897 he attended Borough bench, the Highways committee, a special meeting of the Council to receive a report from the Public Health committee, the General committee, followed at 6 o’clock by a meeting of the Jubilee committee and at 7.30 a meeting of the Hertford Organised Aid Society. He noted the following in his diary.]

This meeting brought to a close one of the busiest days I have yet had since I accepted the office of Mayor.

I presided over a meeting held at Cowbridge Hall, when Mrs Graveson delivered a lecture on Tobogganing in Switzerland.

At 3 pm took place the opening ceremony of the new Joint Isolation hospital for Hertford and Ware – built at a cost of £6417.0.3 with £620 compensation to the tenants of the site. Dr J A Turner the Medical Officer for Health for the district read some extracts from the Architect’s account. It is perhaps lucky that the Architect was not there otherwise we might have been afflicted with a long paper more statistical than interesting.

At the borough sessions there was only one case. John Caines was summoned under the Food and Drugs Act for adulterating milk with water. He was fined 10/- and Public Analyst’s fee of 15/- and costs 13/6d. His defence was rather an amusing one. His cow was a young one and produced milk and water! But the Bench did not quite take that in and so he was convicted and fined as above.

Mrs Graveson gave a lecture before the Hertford Literary and Debating Society on Pictorial Posters. She speaks well and made the subject interesting.

Presided at a meeting of the trustees of Noble’s charity and distributed about £50 to the householders and lodgers in All Saints parish. The charity dates from the time of Charles II.

A Bazaar for the Hertford Catholic Schools was opened this afternoon by Lady Edmund Talbot. The stalls were well stocked with artistic articles far better than the usual run of such affairs. Mr Maffia presided over a fortune telling doll figure which was very accurate in the information it gave. I was let into the secret of its working but very few present had any idea how it was done.

Presided over a meeting of the General Committee. The report of the professional auditor and the abstract of accounts were presented and considered. Much time was wasted by members asking all sorts of questions and talking rubbish about the accounts which they evidently did not understand. If they would confine themselves to talking about what they did understand how quickly our business would be conducted. 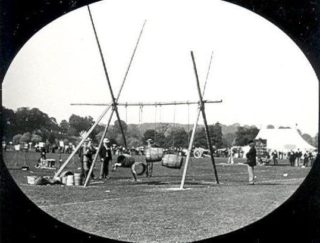 Town fete held at Hartham Common in Hertford on Whit Monday, 30 May 1898

Whit Monday. The usual Town fete was held commencing with a procession around the town…. went to Hartham and declared the fete open and watched a few races and then returned home. The afternoon unfortunately turned out wet and thus spoilt most of the pleasure but still the people were on the whole orderly. In the evening I returned to Hartham to distribute the prizes and on the way back to Bengeo saw the fireworks from the town.

Mr Wohlmann the Head Master of the Hertford Grammar School sent me an invitation to be present at the school on speech Day. The part songs rendered by the boys were excellent. Then came a scene from a French play not badly acted but the accent was atrocious.

[Gosselin records that Hemel Hempstead had obtained a charter of incorporation in July 1898, thus allowing them to elect a mayor, aldermen and councillors, and he was invited to the first mayor’s dinner. He notes that travelling from Hertford to Hemel Hempstead was not easy.]

I could bike there easily in an hour and three quarters when the roads are in good condition but biking was out of the question as I was encumbered with baggage. The journey by train takes about two hours and a quarter, there being great delays at the changing places, viz Hatfield, St Albans and Watford. When I at last arrived at my destination I wended my way to the Bell Inn, a comfortable little pub and said to be the best in town. Now that the place has become a municipality it is high time that the ‘City Fathers’ made some attempt to have a first class hotel.

[The difficulties of travel were not rewarded by an entertaining evening, as he records.]

The first mayor, Sir Astley P Paston-Cooper, not able to be present owing to an attack of the gout. It was very unfortunate as it was in the nature of an historical event. It was at least a trifle annoying and no doubt was doubly so to his worship himself, for gout is rather trying even to the most gentle of creatures, but to an irascible old man like Sir Astley it must be perfectly awful…. The speeches were mostly far too long. How tiring it is to have to listen to the same old rot talked over and over again the usual twaddle about the bishop and clergy, the bunkum about Mayors and Corporations and the silly fiddle faddle about the visitors.

Lunched at Balls Park and attended the Regimental sports of the Hertfordshire Yeomanry Cavalry in the afternoon. And Lady Faudel Phillips distributed the prizes and Lord Essex proposed a vote of thanks to her Ladyship and Sir George responded in one of his little witty speeches.

Attended the Royal Institute of Public Health congress in Dublin – It would be impossible for me to give here a resume of all the interesting papers read in the various sections.

I presided at a meeting of the Public Health Committee. An objection on behalf of Christ’s Hospital was raised to the position of the urinal in South Street because the Blue Coat girls’ window overlooked this necessary easement. It was proposed to roof it over with slats of iron in the hopes that that would satisfy the authorities of the school.

Attended a meeting of the Public Health Committee. The urinal lately erected in South Street was ordered to be removed.

I attended a meeting of the Hertford and Ware Joint Hospital board in the Council chamber of the Shire Hall. The question of telephonic communication between the Hospital and adjacent towns was considered.

Visited Mrs Wodehouse’s sale of work at the Town Hall for distressed clergymen’s widows and daughters and was persuaded to buy various articles I did not require.

Hertford Wheelers, to the number of twenty five, visited Bengeo Hall. I had a tent erected for them on the lawn and gave them a supper after which songs were sung. They cheered much as they left, ringing their bike bells the while, making much noise. They all appeared to enjoy themselves and I not the least. It was a real pleasure to have so many bikists here.

At the General Committee it was decided to accept Alderman Willson’s offer to rent the vaults at the Corn Exchange at a reduced rent of £20 per annum. He had previously paid a much higher rent, but the Committee who inspected the premises thought that £20 was sufficient. Whether this was owing to the committee’s sense of justice or to the Alderman’s champagne I am unable to decide.

Attended Garden Party at Hatfield House to celebrate Her Majesty’s birthday. There was an enormous crowd present both from Hertfordshire and London. I believe there were between two and three thousand people.

Extracts from the diary have been recorded by Nicholas Blatchley.  To hear them click on this link