You are here: Home>Places>Bengeo>Old water tower in Bengeo 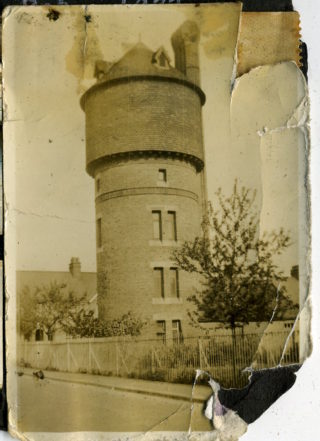 The original water tower in Bengeo was situated at the end of Tower Street although when first built it was listed as Duncombe Road. It was built c 1880 and demolished c 1938 after the new large tower took over. The old tower was lived in and the water tank was above the heads of the residents. It had round rooms with the top floor divided into 2 bedrooms.It stood where later there was an air raid shelter and garden and now has 2 bungalows. The lower room was used by the scouts just before it was demolished and also has an electricity sub station in it which is now still on the site beside the Church Hall.