A curiosity found in the Ware U.D.C. Minute Book 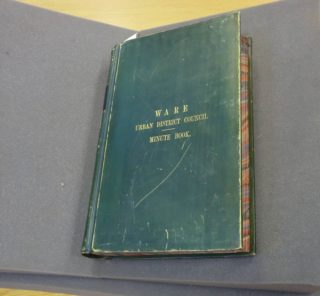 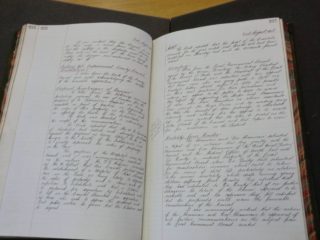 Rearching into the minute book of Ware U.D.C. covering the years 1914 to 1918, I was looking for entries and anecdotes to illustrate how the Great War impacted upon a small market town.

Much has been found, some very interesting, some mundane and some intriguing, but so far the following has proved to be the strangest.

A letter from the Honoury Director for Acorn Collection in Bucks and Herts was read, appealing for assistance in conjunction with the collection of acorns for the Admiralty, the remuneration for which being 2/6d per cwt.

It was resolved that copies of the circular be sent to the schools in the Town.

I don’t think that the mystery of why the Admiralty should require so many acorns will ever be solved. People I have consulted have suggested – pig food, making ersatz coffee and even a resource for making explosives (the latter suggestion appears to have some foundation as ‘conkers’ have been said to yield a chemical useful for ordnance.

Could the “Honoury Director for Acorn Collection for Bucks and Herts” have been for real ? If so, were his efforts towards the struggle for final victory recognised at the war’s end ? We shall probably never know.

Can any reader offer any helpful suggestions ?