You are here: Home>New contributions>Five Hundred Dance into the Evening at Balls Park

Five Hundred Dance into the Evening at Balls Park 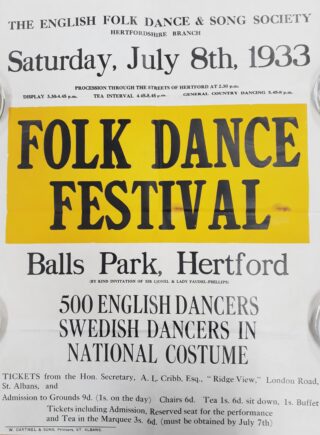 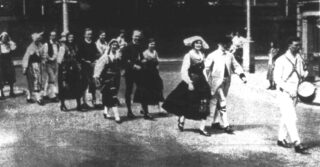 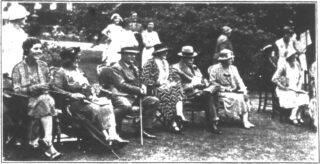 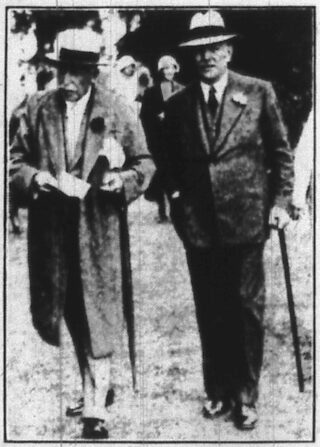 In the pre-war period, folk culture became a popular pursuit in England. The movement was led by collectors of traditional songs, tunes and dances, like Cecil Sharp and Ralph Vaughan Williams, who saw this knowledge disappearing from the rapidly changing countryside.

The English Folk Dance & Song Society (EFDSS) was founded in 1932 for the purpose of spreading knowledge of English folk dances, songs and music and maintaining the standards created by tradition. The Society did this by encouraging local classes in villages and towns across the country and establishing festivals, as opportunities to demonstrate members’ skills.

In Hertfordshire, the local branch of the EFDSS was led by their President Lady Brabazon, the 4th Countess of Verulam, some of whose papers are held at HALS (ref DE/V/F1712). Each year the branch held a festival, hosted by one of the large houses in the County. In 1923 a folk dance festival had been held at Hertford Castle. By 1933 it was Herford’s turn again, but the Society’s first choice, Panshanger House, was turned down by Ethel Desborough as the house was likely to be rented out for the summer. The festival sub-committee discussed the possibilities of Brocket Hall or Trent Park. Eventually, however, Balls Park was suggested as a possible venue. Lady Faudel-Phillips was approached by the president and she willingly agreed. The day was set for Saturday July 8th.

the women wearing brightly coloured dresses and the men in white flannels, [making] an animated and picturesque spectacle on the lawns

The festival kicked off in the afternoon, with a procession of dancers through the streets of Hertford and up the hill to the grounds of Balls Park. Five hundred EFDSS members from around Hertfordshire displayed their skills in sword dances, Morris dances and massed country dances. A visiting group of Swedish dancers in striking national costume caused quite a stir by demonstrating their national dances.

The local reporter was impressed by “the women wearing brightly coloured dresses and the men in white flannels, [making] an animated and picturesque spectacle on the lawns before the house and the surrounding trees provided a delightfully sylvan setting for the festival”. (Hertfordshire Mercury, 14/07/1933, pg. 11)

A tea followed, as a buffet at 1 shilling, a sit-down at 1s 6d or in the marquee at 3s 6d. The event attracted a special guest, HRH the Duke of Connaught, who was Queen Victoria son and Governor General of Canada. He “witnessed the whole performance and afterwards expressed the pleasure it had given him” (EFDSS Herts Branch 10th Annual Report).

The festival rounded off with some of the spectators joining in the country dancing well into the evening.