You are here: Home>New contributions>End of an Era at Balls Park

End of an Era at Balls Park 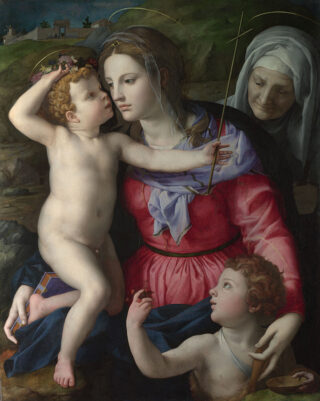 In the summer of 1941, Christie’s announced in the Times an auction of house contents to be held in Hertford. Sir Lionel Faudel-Phillips had died earlier in the year and his house, Balls Park and grounds were requisitioned by Hertford Borough Council under war-time regulations. This left the house contents to be sold off.

The estate called Balls Park was originally part of the lands owned by the Hertford Priory. It passed into private ownership during Tudor times and, by the 17th Century, to John Harrison, who built the existing house. The Harrisons held the property until a marriage into the Townshend family saw the estate pass to them in the mid-18th Century.

By the 1880s, a turn in fortunes led the Townshend’s to rent out the house to Sir George Faudel-Phillips, a wealthy London businessman. In 1901, he brought the property outright and the family carried out work on the house and grounds. Sir George was succeeded by his elder son, Benjamin, and then his brother Lionel.

Two years into World War Two, Sir Lionel died leaving no male heir. With the park grounds being requisitioned, the house contents needed to be sold. Over five days in September the auction was held in the house. An annotated sales catalogue (which can be seen at HALS ref. D/EX958/Z1) reveals how Balls Park mansion would have looked in Sir Lionel’s time.

There was a Worcester dessert services painted with birds and fruit over 36 pieces, sold for 130 guineas. As well as Davenport tea services, fluted and guilded with a honeysuckle design on 67 pieces, going for 98 guineas.

The single costliest lot was a bureau, in the French-style (similar to that pictured from the Wallace Collection), which was brought for 340 guineas. Other pieces of furniture included 6 mahogany chairs and 2 armchairs in Chippendale design.

Sir Lionel’s painting collection was already missing two Italian Renaissance works: one by a follower of Dossi (“A Bacchanal” NG5279) and a Bronzino (“The Madaonna and Child” NG5280, pictured), which he had bequeathed to the National Gallery. This still left a number of works to be sold, including portraits, religious and genre pictures by Lely, Barbieri and Schenau (sold for 86, 160 and 135 guineas, respectively).

The last day of the sale saw household items from all parts of the house come under the hammer. Two eiderdowns, one red and one green, sold for 3.5 guineas. A set of silversmith’s scales in their case for 4 guineas. Ten saucepans with covers, 5.5 guineas. The final item in the catalogue was a ‘Hoover’ electric sweeper with sundry brooms and brushes, sold for 19 guineas.

Following the sale, the mansion became a home for disabled children evacuated from London. From the end of the war Balls Park became a teacher training college, then part of the University of Hertfordshire. More recently the mansion was redeveloped and returned to residential use.