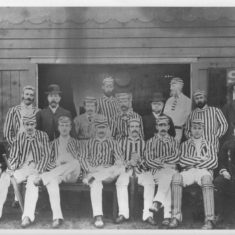 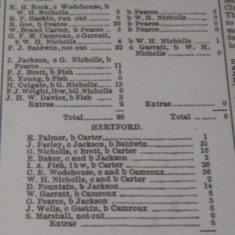 Scorecard for the game

The oldest team photograph that the club has in its archives. Taken on the occasion of the match against Point Ramblers on 2nd August.

G Nicholls and W H Nicholls are third and fourth from the left, seated.

This photograph is used as the cover of Brian Box’s book from Hartham to Lord’s, the story of Hertford Cricket Club. Click here for more details.